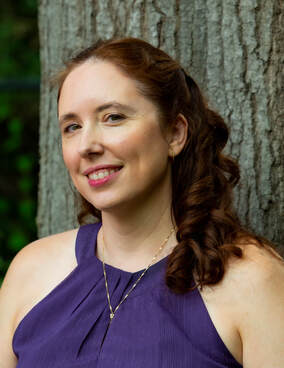 Kela Walton enjoys a varied career as a harp teacher and freelance performer. She began her musical journey at the age of 5 as a Suzuki piano student. By the age of 11 she finally convinced her parents to let her study harp, and it was love at first lesson.

An innovative educator, Kela has maintained a private studio since 1998. She embraces teaching with a fun and loving approach, and offers both in person and online instruction. She is a registered Suzuki harp instructor and draws from many methods to find the best approach for each individual student. In demand as a clinician, Kela has worked with harp students in ensembles and adjudicated competitions throughout the U.S. She co-directed the Youth Harp Ensemble at the 2016 American Harp Society, Inc., National Conference in Atlanta, Georgia. In 2014, Kela founded the harp program at Buffalo Suzuki Strings, where she taught individual and group harp lessons as well as Suzuki Early Childhood Education classes. Kela previously held harp faculty positions at Temple College, Round Rock ISD, the University of Houston Moores School of Music Preparatory and Continuing Studies Program, Longhorn Music Camp, and Blue Lake Fine Arts Camp.

Kela served as the Interim Principal Harp with Buffalo Philharmonic Orchestra during the 2017-18 season and their 2018 international tour in Poland. She can be heard on the BPO's 2019 release Respighi: Roman Trilogy for the Naxos label, as well as several other recordings for the BPO. Kela has performed with orchestras throughout the U.S. including the Asheville Symphony Orchestra, Austin Symphony Orchestra, Rochester Philharmonic Orchestra, San Antonio Symphony, South Carolina Philharmonic, Savannah Philharmonic, Temple Symphony, and Waco Symphony Orchestra. As a chamber musician Kela has premiered new works by award winning composers and was the harpist in residence with the Buffalo Chamber Players in New York. Kela enjoys enhancing weddings and private events with harp music, and previously held a four year position as the harpist at Austin's historic Driskill Hotel on 6th street for holiday brunches and high tea.

Kela Walton earned a Master of Music in Harp Performance and Pedagogy from The University of Houston Moores School of Music, and a Bachelor of Music in Harp Performance from The University of Texas at Austin. Her principal harp instructors include former Houston Symphony principal harpist Paula Page, Gayle Barrington, and Nancy Hurrell. Kela is also an alumnus of the Salzedo School in Camden, Maine where she studied upon invitation with Alice Chalifoux, former principal harpist of the Cleveland Orchestra. Her Suzuki training includes coursework in early childhood education with Sharon Jones, and harp teacher development with Delaine Leonard. After realizing how much her yoga practice enhanced her life at the harp, Kela became certified in Dharma Yoga at the 300 hour level.

Kela's articles have been published in the Harp Column magazine and the American Harp Journal. Kela currently serves as Chairman of Board of Directors for the American Harp Society, Inc. When not at the harp, she enjoys hiking, running, and practicing yoga.